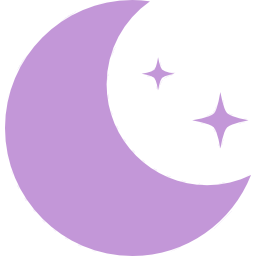 OverviewCharacteristicsFlawsAbilitiesCompatibilityMiscellany
Shadow is the seventh and final element of the Rainbow and is represented by the color violet.

Those of the Shadow element are called Shadowcasters. People who train to manipulate Shadow may also simply be called 'Shadow users'.

It is seen as the element of night, of darkness, chaos, and choice.

Shadowcasters have no particularly strong or weak attributes, and are instead generally balanced across the board.

Shadow is both strong and weak against Light, with the two sharing a unique duality among the elements. While relatively balanced against the other elements, Shadow is a powerful and versatile element that can overcome most foes with the right techniques.

Shadow also has a natural advantage against aethral races that are universally Light aligned - thus, this is a double-edged sword.

Unquestionably, the best location in IGNOLand for Shadowcasters is Blood Country. Not only is it perpetually dark and overcast with a strong connection to Shadow's arcane forces, but the Blood Kaiser has worked hard to establish various conveniences for Shadowcasters who may have particular needs not catered to by normal communities. Since it is also the second largest political power in IGNOLand and is allied with the first, one can be sure that they will never feel ostracized from the community simply for being aligned with Shadow.

Some races commonly associated with Shadow include most undead races, malevolent spirits, poltergeists, banshees, and most demons. With the exceptions of demons, most Shadow beings such as these are not 'born' in the normal sense, and simply acquire the Shadow element through some natural means as they are created.

Legend has it that there was once a temple built to honor the shadows. It is believed to have operated as a sanctuary for Shadowcasters treated as outcasts, if not worse, due to Shadow's particularly negative reputation in ancient times. General consensus agrees that it would have most likely stood in what is now Blood Country, but no expeditions have ever turned up evidence supporting the existence of such a temple.